The AGC Educational Endowment Fund (EEF) was created in 1984 exclusively for charitable and educational purposes, and its funds are utilized to provide scholarships, grants, and other financial aid to assist educational institutions and deserving undergraduate students in pursuing college, university, similar advanced education and training relating to construction management, civil engineering and/or construction-related disciplines. A Board of Trustee is appointed by the AGC Michigan Board of Directors to over see the investment and disbursement of funds. Since its inception the EEF has provided more than 170 students with funding to further their education.
Current Trustees:   Jack Abate, Miller-Davis; Nino Chirco, Walbridge; Donielle Wunderlich, Auch
Contributions may be made to the general endowment fund, a current named scholarship fund, or named scholarships may be established to honor a specific individual in the industry. For more information on naming a scholarship, please contact Viki Gotts.
Make a Contribution
Current named scholarships 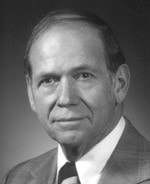 Leon's reputation as a gentleman, honest businessman, and his relationship with customers and subcontractors laid the foundation that would allow Clark Construction Company to become one of the nation’s leading general contractors and construction managers. 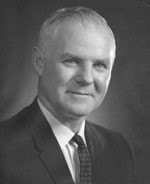 H.L. “Bud” Conrad Memorial Undergraduate Scholarship
As president and CEO of The Christman Company for nearly 25 years, Bud left a legacy of creating opportunities for the next generation of construction managers. In 1964 he helped establish the Michigan AGC summer internship program. He also helped The Christman Company become a leader in pioneering the 'construction management' method of service delivery in the Michigan construction industry in the mid-to-late 1970s.

Bud served on the board of directors for Michigan National Bank, first for the Lansing area and later for the Detroit area. His calm, steady leadership assisted the institution's leaders in guiding the bank through the one of its most challenging periods in the 1970s. He also served the Associated General Contractors of America both as a Michigan chapter president and as national director.

Even with all of Bud's successes, he never forgot the true heart and soul of The Christman Company - the individuals who worked so hard to make it successful. His reputation among his employees is one that every corporate leader should strive toward. He made people proud to work at Christman. In his early years, Bud received two very important pieces of advice. His father urged him to pursue an engineering degree and The Christman Company's vice president at that time urged him to learn a construction skill through an apprenticeship. Following the course each man had suggested, he earned both an engineering degree and a bricklayer's card, which taught him a valuable lesson in seeing things from both a management and worker's perspective. This advice served him well throughout his career. 'Bud' Conrad served The Christman Company for nearly half a century, with half of that time at the helm as the company's president. Known for his sound judgment and patient leadership, honed through many years of working through the major challenges of field construction, he remained passionate not only about Christman but about the industry he loved so well. 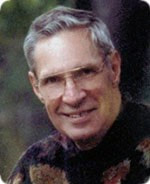 Alton L. Granger Undergraduate Scholarship
Alton L. Granger started Granger Construction Company in 1959 with his father and two brothers. Under his leadership the company has grown to become one of Michigan's and the country's largest and most respected family-owned construction firms. The company's rise to success, under Alton s leadership, can be attributed to maintaining the highest level of skill, integrity and responsibility while adopting the Golden Rule as the family score value.

Alton has been involved with every project undertaken by his company during more than 40 years of operation. The Granger Construction Company has done a wide range of construction work around Michigan but is perhaps best known for its work with educational facilities. In 2004 Alton and his wife, Janice were honored for their lead gift to establish Ferris State University s Granger Center for Construction and HVACR, named in their honor. The Granger Construction Company also built Ferris Library for Information, Technology & Education and other buildings.

He has received numerous company, personal and community awards. These include an honorary doctorate from Ferris State University and Build America Awards/Partnering Awards from Associated General Contractors in six different years. He was honored as Outstanding Philanthropist of the Year for the Capital Area Chamber, Association of Fundraising Professionals, Outstanding Philanthropist for Michigan State University, Distinguished Citizens Award from the Boy Scouts of America - Chief Okemos Council and the Builders Exchange of Lansing - Honorary Member for Lifetime of Service. 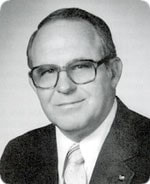 O.L. Pfaffmann Construction Industry Scholarship
After studying business administration at Eastern Michigan University, Ozzie L. Pfaffmann founded Woods Construction in 1951 and served as president until his retirement in 1997. Woods Construction is a service-oriented general contractor specializing in retail construction. The company has renovated and built expansions to existing retail facilities as well as new construction and fixture installation across the country.

Ozzie has given back to the construction industry for many years and he is well known for his professionalism, dedication and high standards.

Ozzie was very instrumental in the initial accreditation of Ferris State University’s Bachelor of Science degree in Construction Management from the American Council for Construction Education in 1993. He has also served as an advisory committee member to Eastern Michigan University and Lawrence Institute s construction programs. He is an honorary member of Ferris Omicron II Chapter of Sigma Lambda Chi, the 5,000-member national scholastic honorary society for construction students. The groups purpose is to give recognition to outstanding students in construction and to construction professionals that continue to support construction education.

Ozzie has served his community in numerous capacities. He is a long time Kiwanis member and in 1963 he was president of the Denby Kiwanis. Ozzie s continuous service to Kiwanis resulted in him receiving the Tablet of Honor in 2000. The Rochester Chamber of Commerce honored Ozzie with the Citizen of the Year Award in 1978. In 2003 he also received an honorary Doctorate in Business and Industry from Ferris State University.

Gary L. Shannon Memorial Scholarship
In 1979, Gary was hired by the Christman Construction Company where he continued to work the rest of his life. Gary rose through the ranks from a journeyman carpenter to senior project superintendent as well as one of the vice-presidents and co-owners of the company.

Gary loved to work, the more difficult and problematic the better it was viewed. He often boasted he could easily work an entire calendar year without ever taking a day off. That work helped to define him in his own eyes and those of others.

Gary led such notable projects as the renovation of the Michigan State Capitol building, the construction of the Michigan State Supreme Court Hall of Justice, and Soaring Eagle Hotel. In doing so, he helped the advancement of coworkers in his profession, advocated for others without a voice, and was among the most respected leaders, professionals, and mentors in his field. His leadership and vision for the company will be missed by more than could possibly be mentioned.

Louis C. Verrette Memorial Undergraduate Scholarship
Louis C. Verrette, a 1934 civil engineering graduate of Michigan Tech, was Chairman of the Board of Champion, Inc. of Iron Mountain, MI. After graduation, Louis worked as a Civil Engineer in the St. Louis area on highway construction projects. He returned to Iron Mountain in 1937 to accept a job with the Service and Supply Company.

Mr. Verrette entered the Army Corps of Engineers in 1941 and was stationed at the Corps Research and Development Center at Fort Belvoir, Virginia. He returned to Iron Mountain in 1946 and purchased the Champion Gravel Company, which he developed into Champion, Inc., a major construction company, an electric supply business, and concrete supply company. He was on the Michigan Tech Board of Control from 1961 to 1965. He was a member of Michigan Tech's President's Club.
Make a Contribution
Thank you for your contribution towards furthering the education of Michigan's construction future.